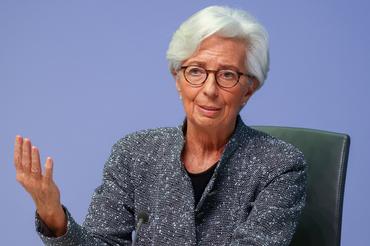 Since taking the helm a year ago, Christine Lagarde (בתמונה) has turned the European Central Bank’s attention to social issues like climate change and inequality, broadening its horizons but also opening it to attacks that could test its independence, לכתוב בלאז קורני, פרנצ'סקו קאנפה ו פרנק זיבל.

Lagarde’s efforts to use the bank’s leverage to fight global warming, gender imbalance or income inequality may have been overshadowed by the coronavirus pandemic and the ensuing, deep recession.

But they could yet reshape the currency union’s most powerful institution and help redefine the role of central banking in an era where the threat of runaway inflation has faded into obscurity.

The ECB as an institution is one of a kind. Its president is uniquely powerful in swaying policy and the broader economic debate, as Lagarde's predecessor Mario Draghi demonstrated in 2012 when he said the bank would do "whatever it takes" to save the euro כאן, catching markets and some colleagues unaware.

The bank’s role is also open to interpretation because of a vaguely worded Treaty.

Unlike the Fed, which has a dual mandate of nurturing price stability and employment, the ECB must first keep prices stable, then support the “general economic policies” of the European Union.

In stark contrast to her predecessors - all men with degrees in economics and decades of central banking experience – the former politician Lagarde has demonstrated a willingness to use this leeway to promote the euro zone’s wider social good.

“In addition to the narrow angle from which we have historically looked at monetary policy over the course of previous decades, we need to enlarge the horizon and be courageous in tackling some of these issues, although they are not the traditional areas that monetary economists look at,” Lagarde said last week.

For the ECB, this is a new mission.

Former chief Jean Claude Trichet would say that fighting inflation was the only needle in the ECB’s compass, while Draghi often warned about the dangers of unelected bureaucrats going beyond a narrow definition of their mandate.

What it will mean in practice depends on the outcome of the overarching review the ECB is currently carrying out - its first in 17 years. But Lagarde has already hinted at giving up market neutrality in asset buying and giving climate risk greater consideration.

Her interpretation of the bank’s mandate is already irking some, however, particularly in Germany, who claim that the ECB is turning political by meddling in social policy without the authority or the right tools to do so.

That criticism could morph into an existential threat if it alienates the ECB’s biggest shareholder, Germany, where parts of the establishment have time and again challenged the central bank, including through the highest courts.

Nevertheless, Lagarde says the ECB needs to move with the times.

“There are issues that actually impact the work that we have to do that is defined by the Treaty, which were not sufficiently considered at the time,” she said. “Climate change was not lingua franca in those days.”

An ECB spokesman declined to comment for this article. For more Lagarde quotes on her interpretation of the bank’s mandate, click on:

The changes come just as the Fed tweaks its own focus, making an explicit commitment to benefit low- and moderate-income families when setting policy.

Lagarde’s supporters say that a narrow interpretation of the bank’s mandate never shielded it from political criticism and that ignoring social issues would only reinforce the perception that the bank is out of touch.

Members of the European Parliament, which oversees the ECB, also regularly ask why the ECB is not doing more for jobs or the climate, given its immense economic firepower and nearly 7 trillion euro (6.4 trillion pounds) balance sheet.

Some ECB policymakers have already started to follow Lagarde’s lead.

French central bank chief Francois Villeroy de Galhau has argued that employment and income distribution need to be considered when setting policy, while his Finnish peer Olli Rehn said that he could even live with a temporary inflation overshoot if social welfare considerations warranted it.

For some, embracing social issues is the only way to stave off the spectre of a political takeover down the line.

“If the central bank behaves like an ostrich, sticking its head in the sand, it’s going to lose its independence by default,” Latvian central bank governor Martins Kazaks told Reuters.

“If it wants to retain its independence and remain relevant to society, it needs to listen and demonstrate it wants to help.”

But his German colleague, Jens Weidmann, was sceptical, saying the ECB had “no mandate to pursue other aims in (its) own right or to play an active role in other policy areas”.

Only this spring, Germany’s top court ruled that the bank was exceeding its powers with oversized government bond purchases - an unprecedented conflict that has since been defused.

The ECB has already fought several legal battles over its powers in Germany, where hostility in conservative circles, the media and even among the broader public is not far below the surface.

Clemens Fuest, head of the influential Ifo Institute, has called out Lagarde, arguing that her climate change plans were undemocratic, while Friedrich Heinemann, a leading researcher at the ZEW, says the ECB has no mandate for many of these social considerations.

“At the moment there are signs of an over-politicisation of monetary politics,” Heinemann said, adding that consideration for fair wealth distribution must be left to elected officials.

Another problem is that any secondary objective should come on top of the inflation mandate, which the ECB has already failed on for most of the past decade.

A group of German academics and industrialists has already logged a legal challenge against the ECB’s pandemic emergency bond buys, suggesting an interventionist central bank would run the risk of more litigation.

Still, those in charge of overseeing the ECB appear content if not relieved with Lagarde’s shift.

“The ECB is not politicizing, it’s overcoming an incorrect doctrine on fighting inflation only,” Sven Giegold, a German member of the European Parliament said. 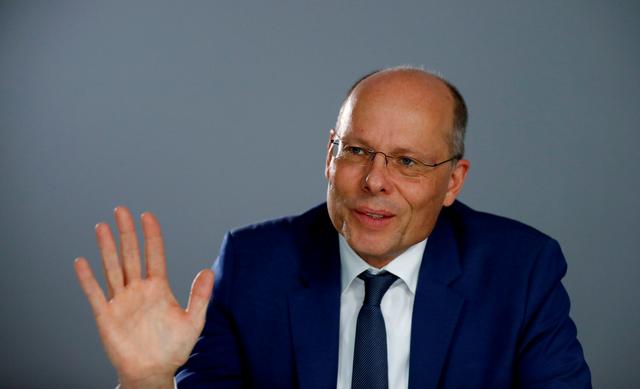 A sigh of relief would go around the world if Democratic challenger Joe Biden wins the US presidency but Berlin would still face many of the same policy problems with Washington, Germany’s co-ordinator for transatlantic ties said on Friday (23 October), כותב אנדריאס Rinke.

Trump trails Biden in polls ahead of the 3 November vote.

“A big sigh of relief would go around the planet if Joe Biden wins,” Beyer told Reuters.

“Would it help? I don’t think so because (from) what we’ve heard from Joe Biden...we will see that many of the existing transatlantic topics will remain, such as Nord Stream 2, energy security, economic issues,” he added.

Trump has attacked Berlin for supporting the Nord Stream 2 gas pipeline spanning the Baltic Sea, accusing Germany of being a “captive” of Russia due to reliance on its energy.

“We would be well advised to expect a president Joe Biden to be much more collaborative, he would be much friendlier in tone, but many of the issues will remain on the table, some would be much easier to address, others would be tough,” Beyer said.

“One of his top priorities would be healing the wounds of his own country. There’s a lot to do.”

Trump has also accused Germany of taking advantage of the United States while not meeting financial obligations to NATO, the military organization he once called obsolete to the chagrin of shocked allies.

“We are not in favour of a disruptive political style,” Kramp-Karrenbauer, another close ally of Merkel, said on Friday according to a pre-distributed text of her speech.

The US military in July unveiled plans to withdraw about 12,000 troops from Germany. 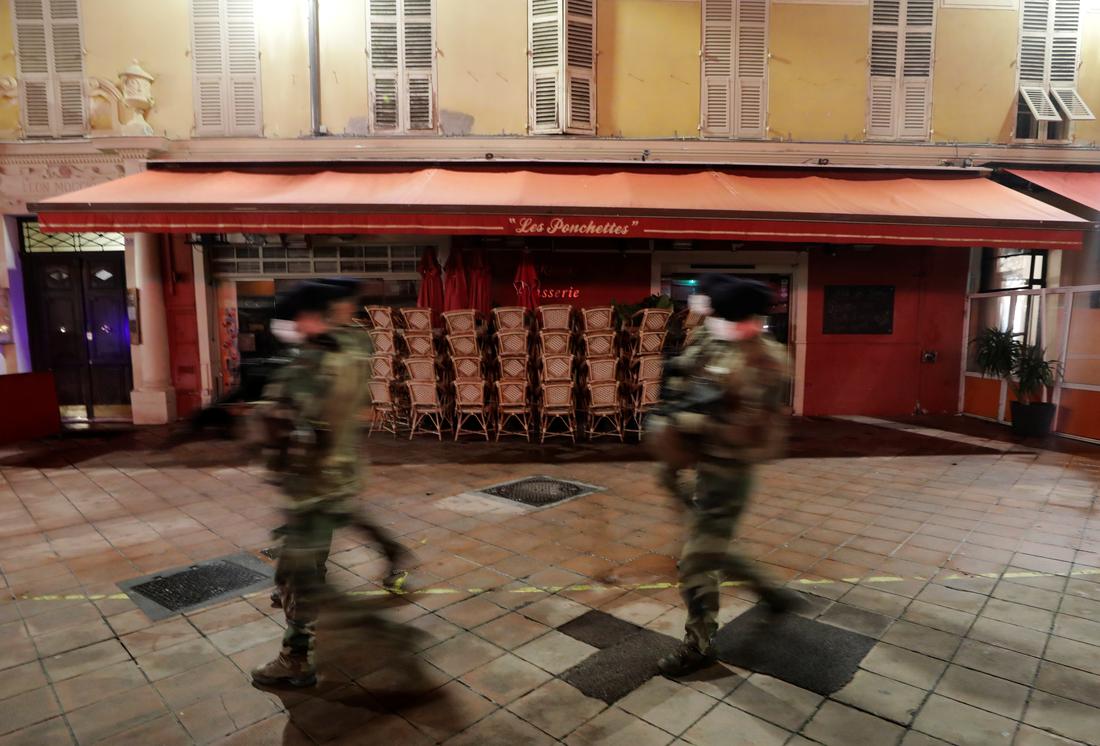